Previously, this button would take you out of the editor to go add a new page from the catalog, but not anymore! Now, this will open a side panel where you can add a page with a single click. 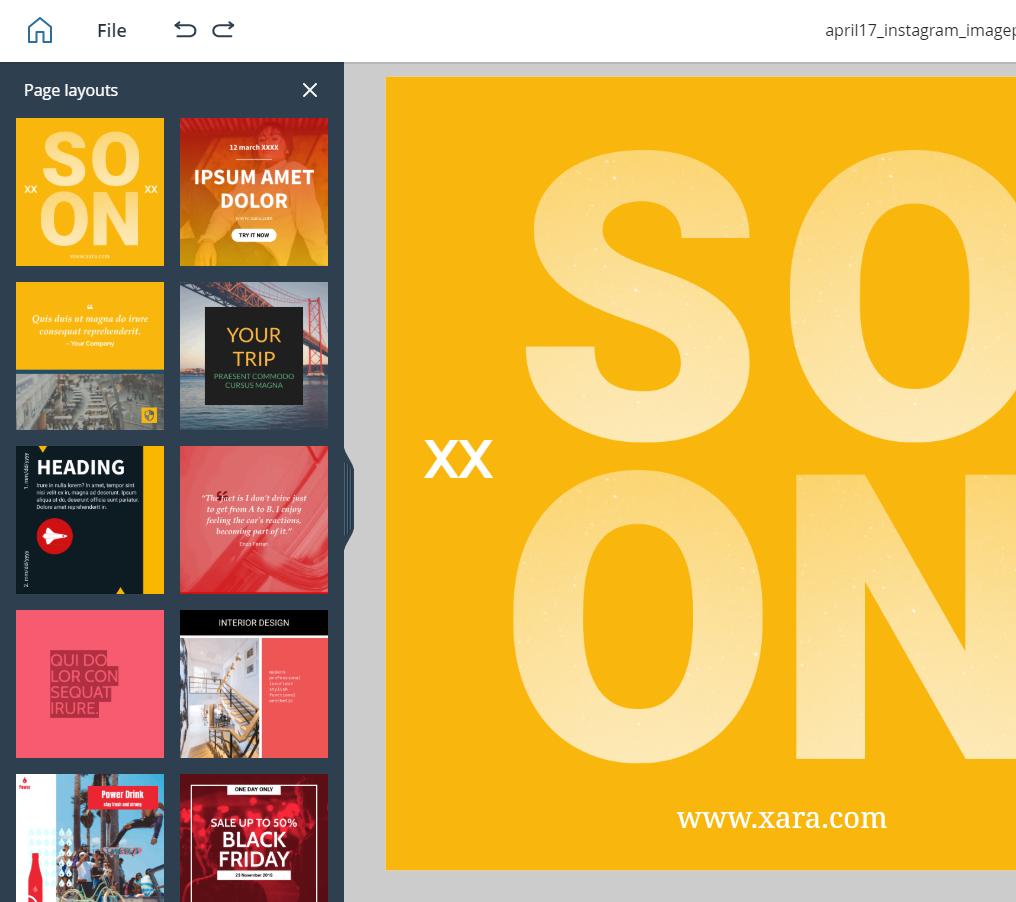 You can still add pages from other documents from the add button at the top right > File, or open a new tab of Xara Cloud, open the document and copy / paste the pages from one file to the other.

There's been many improvements to the selection handling of objects, and we've got many more coming! Please see what's been improved in this release below:

We've also removed some edge handles on certain rotated objects to prevent them from being distorted, which is hard to undo. The corner resize handles will still remain, allowing you to scale the object larger or smaller.

We've made a number of changes to make it more obvious what is actually selected, regardless of the background color. We've also reduced the handle clutter when selecting inside a group. There is now slightly different UI shown when selecting a group vs selecting objects inside smartshapes. We will describe all the various changes and improvements in a separate article but please let us know what you think of the selection UI changes!