In this update we've improved the context menu that appears when selecting objects and text, providing you with easier access to the most useful functions.. 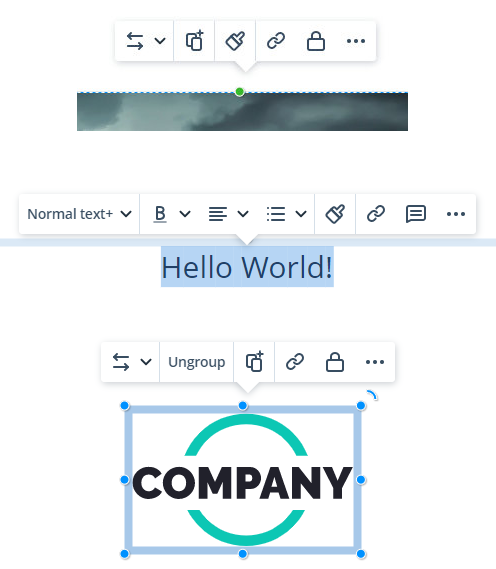 Hover over these options to also see a tooltip on what they do. The options that appear are dependant on your selection, so only the relevant tools are shown.