In this first update of the year, we've updated Xara Cloud to version 88, updating Team Assets and Vizzlo chart components.

We've made some major changes to the Team Assets feature, improving its usability and ease of access for all team members, and introducing an integrated asset storage for your team. 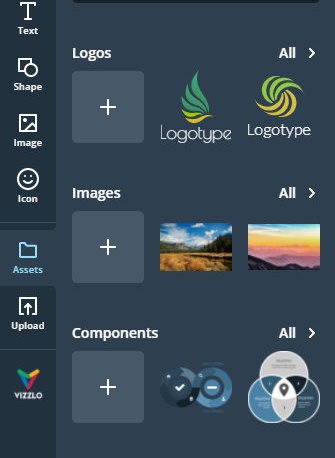 Direct Upload - No need to configure a cloud storage, all assets are automatically stored in one central location in Xara Cloud.

Easy Updates - Customise the file directly on Xara Cloud and save it back to your Team Assets. There is a one-click delete button to remove assets.

Live Previews - Full visibility of all Team Assets via the side panel to create a simplified workflow for you.

Click here for the full guide to team assets.

Within the diagrams section of the add panel, there is a new section - Charts by Vizzlo. Like all Xara components, these are fully editable template charts from Vizzlo that you can quickly insert into your documents. 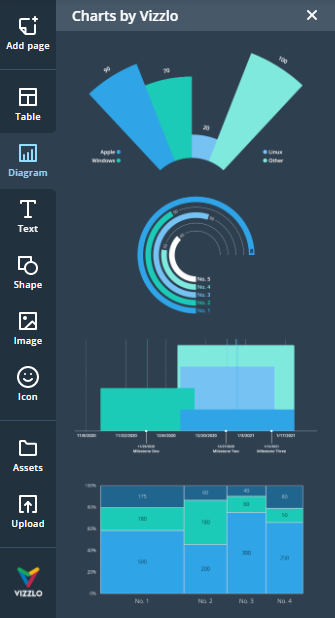 After inserting a Vizzlo chart, select it, and click on the edit button on the context menu to launch the Vizzlo chart editor.